The top 10+1 mistakes in influencer marketing

Influencer marketing might seem to be an easy process for some. Not for those, who have already experienced one of the many possible mistakes. They know that it is an extremely complex process, requiring extremely complex skills from agencies. Follow Me compiled a list of the top potential mistakes which can be avoided by careful planning and by selecting the right agency team.

It is estimated that 20% of influencers are still fake, even if, there are an ever increasing arsenal of tools to verify influencers and the character of their followers. Therefore, it is important to make a comprehensive casting either by yourself or by your agency. Cooperating with an agency team might shorten the path to your next campaign, since they have automated software tools a personal network, in addition to simply using influencer databases.

One of the most frequent mistakes. Agencies and brands are apt to work with brand name influencers and sometimes neglect one of the most important factors: price efficiency (deriving from reach vs. engagement). Often, less known smaller or bigger influencers, who are not so closely managed by agencies are able to provide better, more entertaining content than big name influencers, who are already taking care of their image too much and care less about how to creatively support the brand’s image. Routine and boring content is bad for the brand, because the campaign will be ineffective and bad for the influencer, because fans will unfollow them. Many big name influencers are already either overloaded by ads or don’t have the time for a really creative and organic storytelling campaign, which work the best. Also, many influencers do not have a content profile at all. A brand. Regular quality content. Or a really intimate follower base. Just followers. They have usually less engagement, than some of the less known influencers, who have an enthusiastic and active follower base and a powerful content profile, even if they don’t do it consciously.

Another typical mistake. The influencers seems to be right, have a lots of followers, maybe even fair engagement (over 3%), you and your brand has chemistry with them, but their followers are just not your target group. Let’s take an example: there is a beautiful fitness champion, who is posting sexy photos about herself. Frequently, 80% of the followers of such personalities are males, who simply like her photos, but are not engaged at all and will definitely not buy too much make-up products. Even a simple age and sex analysis might help, but many agencies and clients are not caring about. Yes, it takes time and money to analyze the profiles and followers of potential influencers, but this investment will definitely bring a high return. 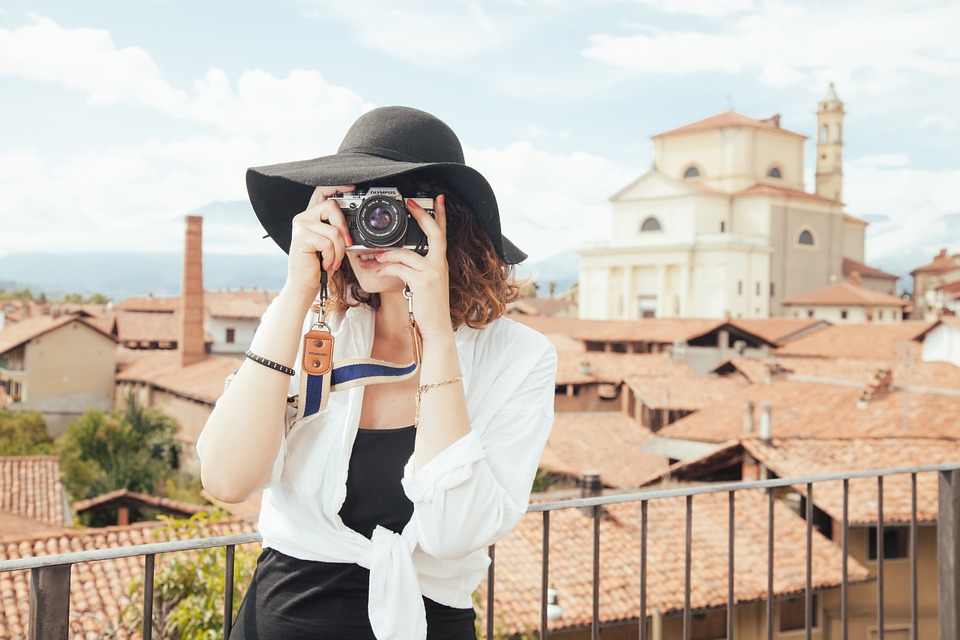 Influencer marketing is an extremely powerful tool for active, interactive and motivating campaigns with a social dimension. However, most clients and influencers don’t leverage this power. They simply post products and a short promo text instead of motivating the audience for any action (and reward them or not). Also, high reach influencers with low engagement will not produce the expected results. Try to involve your influencer from the beginning to the end of the campaign and you will notice: content, involvement and fan activation will be much more effective.

Another frequent problem. Neither we know exactly, why we want to make our next campaign, just think that influencer marketing is the next big thing, nor we are aware at all about the potential list of objectives and related KPIs (another post will deal with this). That’s why, at the end, we will either not know, whether our campaign was successful or we might apply only subjective metrics. There is approximately 20 different campaign objectives and each one of them has a metrics attached. (Call us for further information :)).

It can happen that we have an influencer only campaign with specific objectives. Right. Let’s do it. However in other cases, we simply forget to integrate influencer marketing into a consistent brand communication (mostly SMEs are falling into this trap). The best usage of influencer marketing is, when planned long term and the brand is managing a pool of influencers who best fit their brand also long term. On a tactical bases, they might select other influencers as well, but a carefully selected circle of influencers with the right chemistry, targeted audience, knowledge base, unique creative and content capabilities will bring much more benefit than many smaller or bigger campaigns with different influencer partners, who will always need a lot of time to understand your brand.

Also, one of the frequent issues (it is related to points No. 2 and 3). When we speak about customization, we want to call your attention that the influencer or a pool of influencers will be your band’s ambassador. You should be proud of them. You should have a personal chemistry with them, applying open and two-sided communications. All of them should perfectly fit your brand’s DNA. We have seen campaigns, where a brand was represented by sportsmen, TV personalites and porn stars in the same time (they did not know about each other). When it turned out later and some of the participants received negative comments from their fans, influencers themselves woke up and stipulated in their future contracts that they want to be aware of the name of other influencers in the same campaign. It is even more dangerous for the brands themselves. Reach is not enough. A random selection of popular influencers is simply not enough. You should perfectly match your brand and the influencer’s brand (check Follow Me’s BRIN methodology) and also, you should match your brand with the influencer’s followers. There are a limited number of methodologies to do so globally (inquire at Follow Me, it has one of these).

Inexperienced or control freak brands want to use influencers simply as an advertising channel. However, influencer marketing is not about this. It is about relationships, partnerships, interactivity, engagement and action. You might use influencers to advertise and promote products as well, but such activities already saturate the market and you have to be more creative to be successful. Also, a fully controlled brand content will be less likeable by influencers and their fans alike, so the price tag might be much higher, since it involves some risk in it for your influencer partner. Influencer marketing is about how the influencers themselves are able to understand your brand and convey your messages on their own language to their followers. You have to give more freedom for them, your brand should be co-created with them. Don’t worry, the final word is always yours. If you don’t like, what you get, you will not buy or you might pay only a part of the fee, though it is a rare case. With a good agency, who speaks the language of both parties, your success is almost guaranteed. Original content is not always unrealistically expensive. Selfie or one camera videos from events, nicely cut might crate great opportunities for spontaneous content for example. 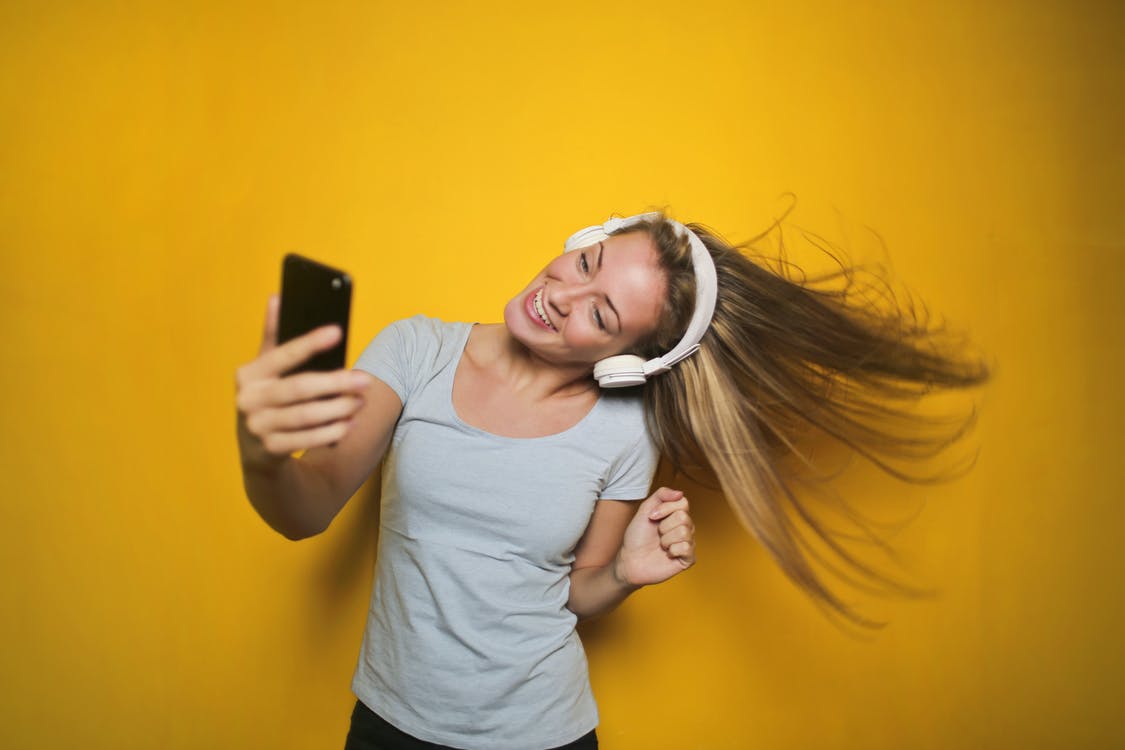 This is key for success. Your campaign’s efficiency depends mostly on this. You can have a five-fold or higher engagement metrics, if you handle it the right way. In many cases, there is no creative concept at all. Just a product promo or a mention of the sponsor brand name. In other cases, the influencers are asked to create a short story from their life, that would fit the brand’s objective ot the keyword given. Most of these become unnatural as well, because the combination of a dominant brand photo and a seemingly more subtle story will still suggest fans that the given content is simple an AD. The challenge here is to create a video story or a post, where the brand is integral part, is not pushy or when the brand appears in a really entertaining form.

Sometimes even the best marketing professionals are not aware of the nitty-gritty details of an influencer campaign setup,. It is not a shame at all. This tool needs a special combination of several professional fields like advertising, sponsorship, brand modelling, personal branding, creative concept planning, content marketing, content creation, video production, graphic design, traditional PR, social PR, social media measurement…Do you know somebody, who is really professional in all of these?

A major multinational brand launched an influencer campaign, which was followed by unexpected comments, moreover, negative memes were generated resulting in a complete disaster, even of the campaign had a seemingly good creative. The brand did not have a real time social media monitoring system in place and was slow to react and just let the campaign die. Quick reaction and a powerful and faithful brand ambassador team could have helped, but even old and loyal followers were noticed to step “on the other side”. You should be prepared, your and your agency’s team combined should have a crisis communication team and possibly enthusiastic followers as well behind each major campaign.